Abstract: I will be presenting the fundamental concepts of statistical learning theory; the mathematical formulation of the basic statistical machine learning problem; the need for prior knowledge and No Free Lunch theorems; and the Bias-Variance tradeoff (or expressiveness vs generalization). Then I will present two more topics (to be precisely decided in the next few days) from my book “Understanding Machine Learning”. 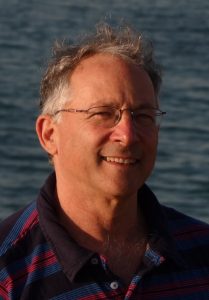 About the speaker: Shai Ben-David grew up in Jerusalem, Israel. He attended the Hebrew University studying physics, mathematics and psychology. He received his PhD under the supervision of Saharon Shelah and Menachem Magidor for a thesis in set theory. Professor Ben-David was a postdoctoral fellow at the University of Toronto in the Mathematics and the Computer Science departments, and in 1987 joined the faculty of the CS Department at the Technion (Israel Institute of Technology). He held visiting faculty positions at the Australian National University in Canberra (1997-8) and at Cornell University (2001-2004). In August 2004 he joined the School of Computer Science at the University of Waterloo.

His research interests span a wide spectrum of topics in the foundations of computer science and its applications, with a particular emphasis on statistical and computational machine learning. The common thread throughout his research is aiming to provide mathematical formulation and understanding of real world problems. In particular, he has been looking at popular machine learning and data mining paradigms that seem to lack clear theoretical justification. 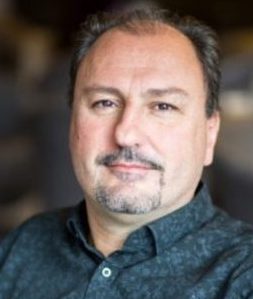 Abstract: Testing is the main mechanism used in industry to assess and improve the dependability of software systems. Various techniques from Artificial Intelligence (AI), such as evolutionary computing, machine learning, and natural language processing, have shown to enable the development of scalable and practical test automation solutions. This talk will cover recent and representative examples of novel applications of AI to software test automation, done in collaboration with industry partners in the satellite and automotive domains. Lessons learned and future research directions will then be discussed.

About the speaker: Lionel C. Briand is professor in software verification and validation at the SnT centre for Security, Reliability, and Trust, University of Luxembourg, where he is also the vice-director of the centre. He is currently running multiple collaborative research projects with companies in the automotive, satellite, financial, and legal domains. Lionel has held various engineering, academic, and leading positions in five other countries before that. He was one of the founders of the ICST conference (IEEE Int. Conf. on Software Testing, Verification, and Validation, a CORE A event) and its first general chair. He was also EiC of Empirical Software Engineering (Springer) for 13 years and led, in collaboration with first Victor Basili and then Tom Zimmermann, the journal to the top tier of the very best publication venues in software engineering.

Lionel was elevated to the grade of IEEE Fellow in 2010 for his work on testing object-oriented systems. He was granted the IEEE Computer Society Harlan Mills award and the IEEE Reliability Society engineer-of-the-year award for his work on model-based verification and testing, respectively in 2012 and 2013. He received an ERC Advanced grant in 2016 — on the topic of modelling and testing cyber-physical systems — which is the most prestigious individual research award in the European Union. His research interests include: software testing and verification, model-driven software development, applications of AI in software engineering, and empirical software engineering.

Abstract: In my lectures I will discuss Deep Learning and how I (imperfectly) understand it and then move on to applications to brain modeling.

About the speaker: Pascal Fua received an engineering degree from Ecole Polytechnique, Paris, in 1984 and the Ph.D. degree in Computer Science from the University of Orsay in 1989. He then worked at SRI International and INRIA Sophia-Antipolis as a Computer Scientist. He joined EPFL in 1996 where he is now a Professor in the School of Computer and Communication Science and heads the Computer Vision Laboratory.

Software is eating the world, but ML is going to eat software 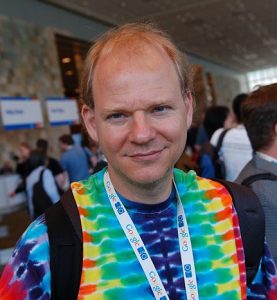 Abstract: “Democratizing ML” is a hot topic these days; efficiency, composability and accessibility of machine learning technology are active areas of investment for many research and product groups. While machine learning has the potential to fundamentally change how software is constructed (Software 1.0), there are also great opportunities to leverage machine learning to improve more conventional (Software 1.0) developer tools, compilers, IDEs, and continuous integration systems. Our Developer Infrastructure team is on a mission to fundamentally rethink and retool Facebook’s developer toolchain by applying machine learning at every layer in our stack to support both Software 2.0 as well as Software 1.0. Our goal is to make our developers more productive, and our processes and infrastructure more efficient, by deeply integrating ML into our programming languages and developer tools in novel ways. In our lectures, we will detail the work our team has done to improve developer efficiency and resource utilization at Facebook – from updating the Hack programming language to support probabilistic programming techniques, to developing a new suite of AI-driven developer tools. We’ll describe the lessons we’ve learned along the way, as well as future opportunities we see to optimize or auto-tune other common pieces of developer infrastructure.

About the speaker: Eric is an accomplished language, API, and type system designer, and has worked on the design of Haskell, Mondrian, C#, Visual Basic, Dart, and Hack, as well as advised on the design of Java, Scala, Javascript, and Kotlin.

At Microsoft, after working on languages and runtimes, he focussed on Cloud Programmability. He is the original inventor of Rx, which has spawned many derived implementations in nearly every language in use, and was the technology he tried to market with Applied Duality.

At Facebook he revamped the server-side programming stack to be on par with industry leading frameworks like Java and .NET and created infrastructure that allows product developers to make their applications reactive by subscribing to changes in the social graph. Most recently, he is working on democratizing ML, by enabling developers to use and compose machine learned models, and applying ML to automate the developer experience, and infrastructure.

What Role for Programmers in the Age of AI? 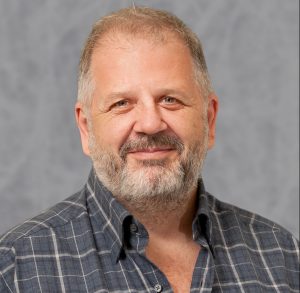 Abstract: One of the misleading myths about AI is that it will remove the need for programmers– that somehow, programmers will disappear since AI tools will build our software systems. This is just false. There are so many ways to apply SE to AI to SE that human programmers (who know AI methods) will have ready employment, for decades to come.     For example, this talk will explore “DUO” which is a synergy between
data miners and  optimizers. In this partnership, data miners
generate the models that are explored by optimizers. Also, optimizers
advise how to best adjust the control parameters of a data miner. This
combined approach acts like an agent leaning over the shoulder of an
analyst that advises “ask this question next” or “ignore that problem,
it is not relevant to your goals”. Further, those agents can help us
build “better” predictive models, where “better” can be either greater
predictive accuracy, or faster modeling time (which, in turn, enables
the exploration of a wider range of options).

DUO is  a dynamic, and growing, field. While small parts of can be automated,  humans programmers are essential to understand, apply and maintain these methods  within their organization.

About the speaker: Tim Menzies (IEEE Fellow, Ph.D., UNSW, 1995) is a full Professor in CS at North Carolina State University where he teaches software engineering, automated software engineering, and foundations of software science. He is the directory of the RAISE lab (real world AI for SE). that explores SE, data mining, AI, search-based SE, and open access science.

He is the author of over 250 referred publications and editor of three
recent books summarized the state of the art in software analytics. In
his career, he has been a lead researcher on projects for NSF, NIJ,
DoD, NASA, USDA, as well as joint research work with private
companies. For 2002 to 2004, he was the software engineering research chair at NASA’s software Independent Verification and Validation Facility.

Prof. Menzies is the co-founder of the PROMISE conference series
devoted to reproducible experiments in software engineering
(http://tiny.cc/seacraft). He is an associate editor of IEEE
Transactions on Software Engineering, ACM Transactions on Software
Engineering Methodologies, Empirical Software Engineering, the
Automated Software Engineering Journal the Big Data Journal,
Information Software Technology, IEEE Software, and the Software
Quality Journal. In 2015, he served as co-chair for the ICSE’15 NIER
track. He has served as co-general chair of ICSME’16 and co-PC-chair
of SSBSE’17, and ASE’12. For more, see his vita
(http://menzies.us/pdf/MenziesCV.pdf or his list of
publicationshttp://tiny.cc/timpubs) or his home page
http://menzies.us. 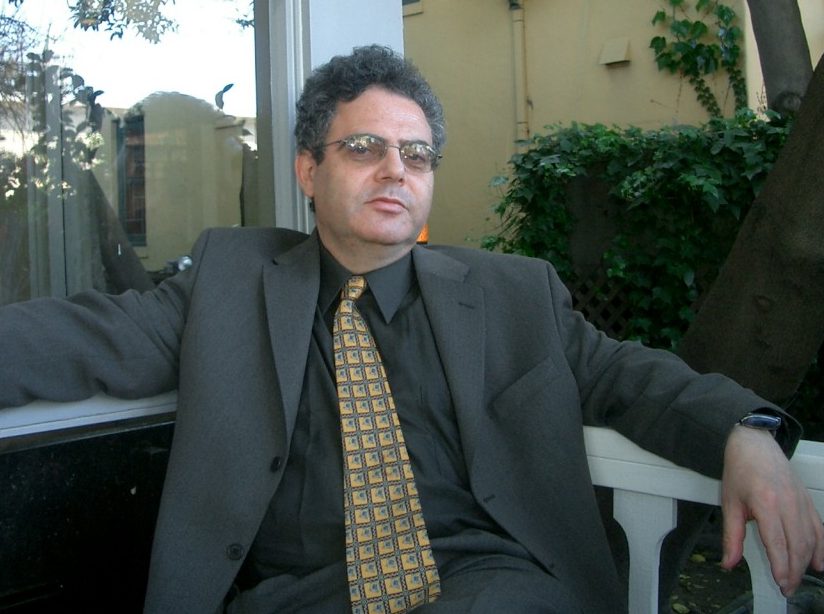 About the speaker: Bertrand Meyer is Professor of Software Engineering at Politecnico di Milano (previously at ETH Zurich) and the author of numerous papers and books on various aspects of software engineering.