Abstract: This course will explain how to build secure distributed applications, 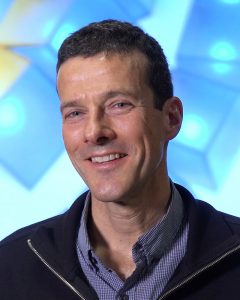 drawing on cryptographic tools and protocols from distributed computing. Topics include:

About the speaker: Christian Cachin is a cryptographer and computer scientist interested in distributed computing, cryptographic protocols, and security, working at IBM Research – Zurich. He graduated with a Ph.D. in Computer Science from ETH Zurich and has held visiting positions at MIT and at EPFL. An IEEE Fellow, ACM Distinguished Scientist, and recipient of multiple IBM Outstanding Technical Achievement Awards, he has co-authored a textbook on distributed computing titled “Introduction to Reliable and Secure Distributed Programming”. Currently he serves as the President of the International Association for Cryptologic Research (IACR). In addition to many cryptographic protocols that he has developed, particularly for achieving consensus and for executing distributed cryptographic operations over the Internet, he has also contributed to standards in storage security and key management. His current research addresses blockchains, the security of cloud computing, secure protocols for distributed systems, and cryptography. 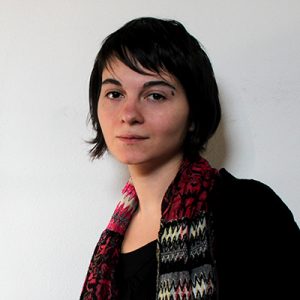 About the speaker: Primavera De Filippi is a permanent researcher at the National Center of Scientific Research (CNRS) in Paris. She is faculty associate at the Berkman Center for Internet & Society at Harvard Law School, where she is investigating the concept of “governance-by-design” as it relates to online distributed architectures. Most of her research focuses on the legal challenges raised, and faced by emergent decentralized technologies —such as Bitcoin, Ethereum and other blockchain-based applications —and how these technologies could be used to design new governance models capable of supporting large-scale decentralized collaboration and more participatory decision-making.

Blockchains, Smart Contracts, and the future of distributed computing

Abstract: This course will explore how to use blockchains to build distributed systems. Topics include:

About the speaker: Maurice Herlihy has an A.B. in Mathematics from Harvard University, and a Ph.D. in Computer Science from M.I.T. He has served on the faculty of Carnegie Mellon University and the staff of DEC Cambridge Research Lab. He is the recipient of the 2003 Dijkstra Prize in Distributed Computing, the 2004 Gödel Prize in theoretical computer science, the 2008 ISCA influential paper award, the 2012 Edsger W. Dijkstra Prize, and the 2013 Wallace McDowell award. He received a 2012 Fulbright Distinguished Chair in the Natural Sciences and Engineering Lecturing Fellowship, and he is fellow of the ACM, a fellow of the National Academy of Inventors, the National Academy of Engineering, and the National Academy of Arts and Sciences.

About the speaker: Christoph’s background is in theoretical physics, where he developed optimized software solutions for high performance computing on specialized hardware. Christoph has been part of the Ethereum project since 2014 as Lead Tester, securing and shaping the core protocol while working on the backend of the C++ client.

Abstract: In my lectures I will present class invariants, explaining their importance in general programming and in particular hinting at how they can be useful in the context of blockchains to build distributed systems.

About the speaker: Bertrand Meyer is Professor of Software Engineering at Politecnico di Milano (previously at ETH Zurich) and the author of numerous papers and books on various aspects of software engineering.

About the speaker: Emin Gün Sirer is an Associate Professor of Computer Science at Cornell University. His research interests span distributed systems, cryptocurrencies, and software infrastructure for large scale services. 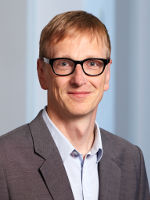 About the speaker: Roger Wattenhofer is a full professor at the Information Technology and Electrical Engineering Department, ETH Zurich, Switzerland. He received his doctorate in Computer Science in 1998 from ETH Zurich. From 1999 to 2001 he was in the USA, first at Brown University in Providence, RI, then at Microsoft Research in Redmond, WA. He then returned to ETH Zurich, originally as an assistant professor at the Computer Science Department.

Abstract: The Internet has evolved through different phases. The current phase is dominated by cloud computing and the digitization of the physical world. The cloud computing paradigm has enabled many innovations but inherent issues are becoming apparent. Bitcoin and Distributed Ledger Technologies may be the beginning of a new phase of the Internet, characterized by shared infrastructure and rational cryptographic protocols. I’ll discuss how the current software stack could be extended with economic layers and present early applications and examples of the emerging Economy of Things.

About the speaker: Dominic Wörner is Solution Architect for IoT and Blockchain Technologies at Bosch.

More titles, abstracts and details will be added in the coming weeks.